Victoria Nalongo Namusisi, Director of Bright Kids Uganda (BKU) Children’s Home arrived in Pittsburgh October 5, 2017. Victoria’s schedule was filled with many community, university and personal events where she was given the opportunity to speak about Bright Kids Uganda projects and future plans.

E. Maxine Bruhns, Director of the University of Pittsburgh Nationality Rooms, invited Victoria to speak with her about the ten Bright Kids Uganda children whom Maxine is personally supporting their educational fees.

Victoria presented to Maxine a video of the ten students who expressed their appreciation to Maxine for her support. Maxine invited Victoria to a luncheon to meet nine of Maxine’s friends. Victoria spoke to them about her work at Bright Kids Uganda.

The University of Pittsburgh Ford Institute for Human Security and Graduate School for Public and International Affairs (GSPIA) invited Victoria to speak to students and faculty about her micro loan project in northern Uganda. Northern Uganda has just recovered from a brutal 30 year civil war and there are thousands without an education and jobs.

Two years ago, Victoria embarked on an ambitious program to establish a micro loan project which initially involved ten families. Two years later, Victoria stated that the response from the women involved was successful with many more requesting loans. She now is helping the women build a trading center so that they can sell their dry goods and food.

Victoria was invited to speak on the Union Edge Labor talk radio show. She spoke for an hour about the role unions play in Uganda, how they support and at times do not support the workers and the impact on this to empower women to enter the workforce in order to support their families.​

Mariah Fosnight, University of Pittsburgh GSPIA and Business School master’s student, joined Victoria and Pauline Greenlick, Treasurer of ASA Social Fund for Hidden Peoples on a trip to  Warren, Ohio, to speak to the Warren, Ohio Rotary Club about the micro loan project for the Blessed Survivors ( acid attack survivors).

Dr. Susan O’Rourke, Carlow University education professor, invited Victoria and Pauline Greenlick to speak at her Carlow University Foundations class about BKU’s Noah’s Ark School for the Disabled. Her presentation began with the need for special education in Uganda and she focused on the 40 plus children who are now at the Noah’s Ark School. There are 3 special needs teachers and also a speech therapist, physical therapist and sign language teacher. The students present were encouraged to volunteer or work as interns at Noah’s Ark.

Victoria was one of the featured speakers at the University of Pittsburgh African Studies event. While there she discussed the intern opportunities for university students which are available at BKU. Several GSPIA interns who had worked at BKU spoke about their projects and experiences. 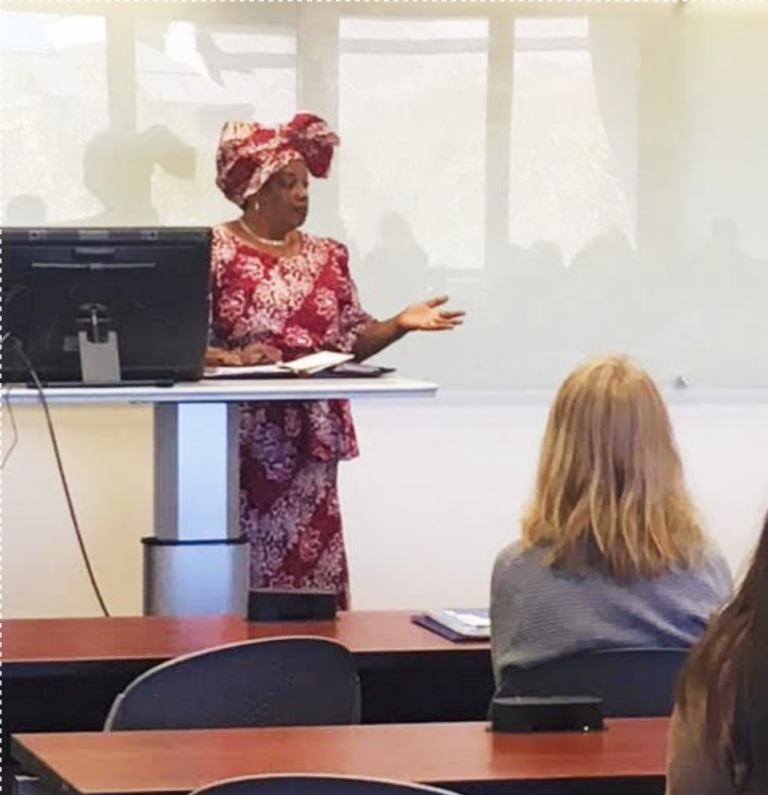